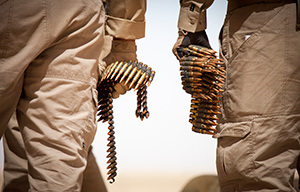 It’s a well-known fact that billions of dollars have been spent on military defense missions over the past 10 years on the wars in Afghanistan and Iraq, as well as on the War on Terror. Unfortunately, as any False Claims Act attorney will tell you, this has created ample opportunity for some defense contractors to try to cheat the government; thus, it is crucial that employees or other individuals with knowledge of fraud come forward.

Make no mistake–defense contractor fraud is probably one of the oldest kinds of false claims used, and in actuality, it is the reason that the False Claims Act was created by President Lincoln in the first place. Lincoln was well aware of the importance of providing our troops with the best supplies possible, and accordingly, that meant that there was also an obligation to shield the government from businesses that charge too much or do not deliver the things that were promised. The qui tam provision of the Act provides whistleblowers with a way to file their own lawsuits against the people or businesses that have cheated the federal government and recover those losses on behalf of the government. 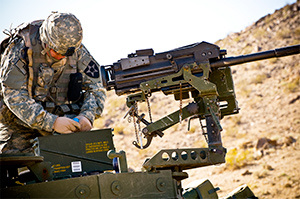 An experienced whistleblower attorney can also tell you that despite the fact that defense contractors typically supply very sophisticated multi-billion dollar weapon systems, they can commit fraud with respect to some of the simplest things, such as office equipment, computers, vehicle parts, and uniforms. Additional examples of false claims that are made by defense contractors are overbilling for items or falsifying the amount of items in government contracts in order to illegally inflate the overall amount of the contract; failing to follow required specifications, quality control, or testing procedures as detailed in the contract; and using substandard parts or parts from unauthorized sources when the contract requires part of a certain quality or from a particular company.

You should also know that compliance with the False Claims Act also extends to the subcontractors of those companies that the government enters into contracts with, even if they did not initially have a direct contract with the government.

If you believe that you have information on the possible commission of fraud by a defense contractor, and you need a whistleblower attorney, please contact Evansville, Indiana attorney Lane C. Siesky at (812) 402-7700 for a free consultation.